Sicilian Mafia no longer untouchable, as shown by a teenage rebel in well done 2008 film “The Sicilian Girl”

The Sicilian Mafia’s past and present—and hopefully its future—are all shown at least in part in Marco Amenta’s excellent 2008 drama La Siciliana Ribelle, named The Sicilian Girl in English. It is inspired by the true story of Rita Atria, born in 1974 in Partanna, a town controlled by the mafia. 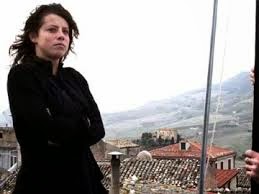 Rita turns on the Mafia after her father and brother—both mafiosi themselves—are killed by rivals. Rita idolized her father, seeing him as a man respected by all as a benevolent godfather who followed “the old ways” and provided the protection and order the police were unable to offer. This was the role of the prototypical Sicilian clan leader in the 1800s, when bandits were many, police officers were few, and citizens came to depend on their family leaders to enforce law and order. These leaders and their operatives came to be known as Mafia, called Cosa Nostra in Sicily and going by different names in other areas of Italy.

With no checks on their power, many clan leaders became bullies determined to increase their wealth and influence by whatever means necessary. Rita’s father, however, refused to deal in drugs and preferred to settle disputes by peaceful means—at least that’s what Rita believed, although she was only 11 when her father was killed. She and her brother vowed to avenge their father’s death, and since her brother and boyfriend were both active in Cosa Nostra, she took careful notes and photos of mafia activities in the years following her father’s execution.

When her brother’s vendetta plan goes awry, a fiery Rita turns to the law to avenge her losses. However, she still has little patience for the police; she is motivated more by hate for her family’s killers than by a sense of justice and respect for law and order. She is placed in a witness protection program, chafing under the restrictions and clashing with prosecutor Paolo Borsellini.

When the Mafia strikes back violently against the police and justice department, Borsellini takes it as a sign of recognition that Rita’s evidence will be damning—and fortunately, it is—although the cost in lives lost is severe. Rita gradually comes to appreciate Borsellini’s courage, integrity and humanity. She also has to realize that her father’s ways were not as heroic as she once believed, and that there is a difference between justice and revenge. Unfortunately, Rita’s turning government witness creates a permanent rift in her relationship with her mother, who is resigned to the belief that Sicily will always be ruled by the conventions of the Mafia and that it is futile to buck the tide.

Solid script writing and fine acting strike an excellent balance between dramatic tension and believability. Veronica D’Agostino’s portrayal of Rita is convincing, as she alternates between anger, defiance, fear, confusion and determination—what one would expect from a teenager standing against the mob. Some critics have complained that the plot is unrealistic because Rita makes some inexplicably poor decisions, but these things happen in real life. Gérard Jugnot also turns in a convincing portrayal as Borsellini, conflicted between the importance of his mission and fears for his own safety and the lives of his family.

The Mafia is still a powerful and persuasive influence in Sicily, but thanks to the spunk, courage and conviction of people like Rita Atria, Paolo Borsellini and others in the Italian police and justice systems, viewers are left with some hope that the way it has been will not always be the way it is.


You can watch The Sicilian Girl with subtitles on your computer for free at The Internet Movie Database.
Posted by Paul and Lucy Spadoni at 3:49 PM No comments: