Try Montecarlo for a lively yet uncrowded Tuscan hill town

During the final 10 years before I retired from teaching, Lucy and I visited Italy almost annually, looking at different places we might want to live. Each time, we stayed in a different city or two. We wanted a hill town with a view that was near a train station and small enough to compel us to learn Italian (we’re still working on that part). We didn’t want some remote town in the mountains that was losing population and services. 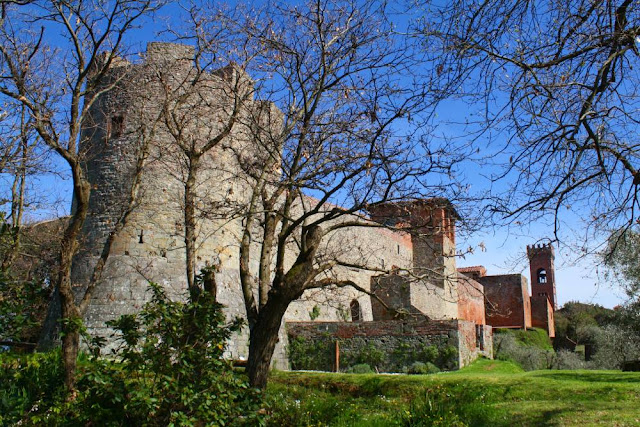 We settled on Montecarlo, which met almost all our criteria and had the added bonus of being the comune where my grandparents grew up and married before leaving for America. We’ve never had a moment of regret.

I’ve recently been doing some freelance writing for magazines, and when I pitched the idea of an article on a lively and picturesque but largely unknown city near Lucca, Chicago-based Fra Noi magazine gave its approval. My article on Montecarlo was published in the January 2020 issue and can be seen below. 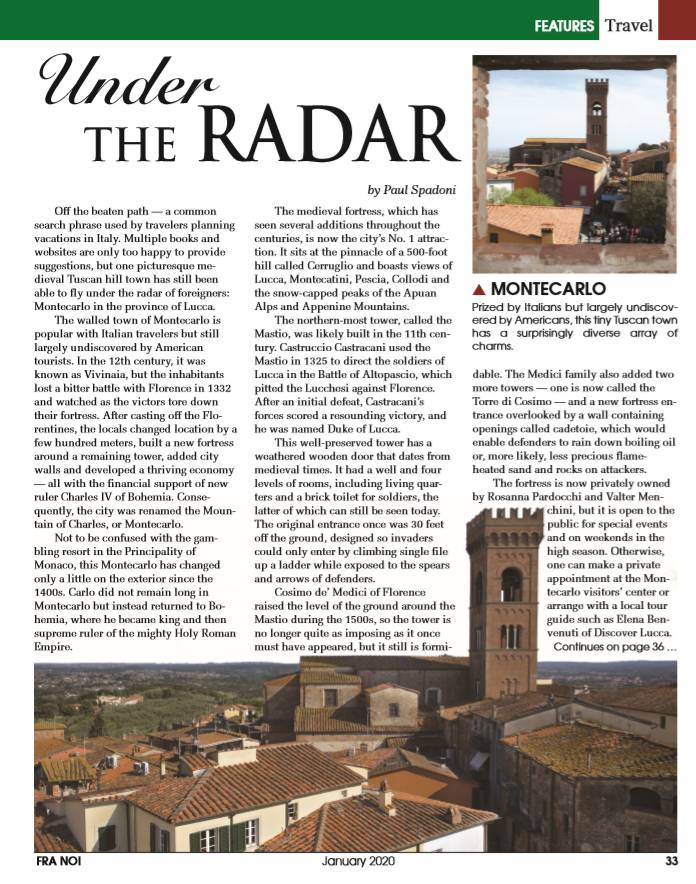 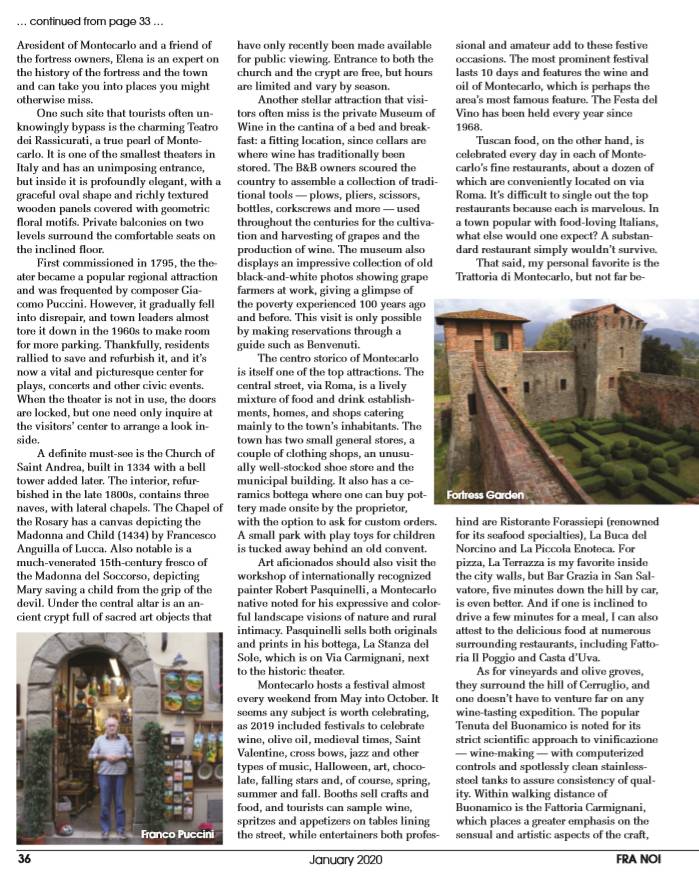 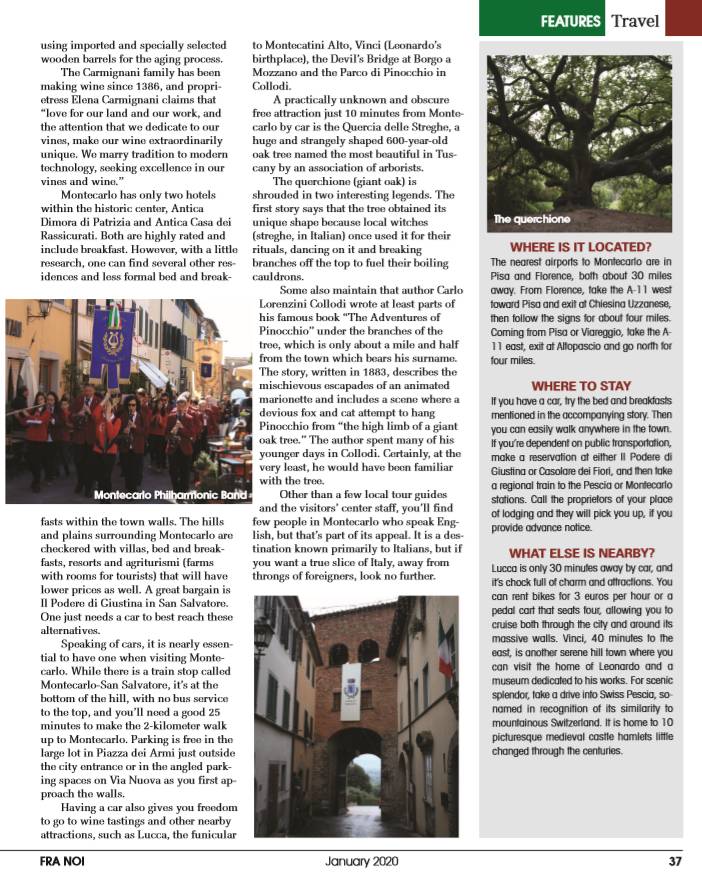 One of the first things people assume when we mention that we have a home in Italy is that we must use it as a jumping off point for travel around Italy and other European countries. While we have done some exploring in Italy, traveling is not the reason we bought a house here. We prefer the sweet and peaceful rhythm of daily Italian life. We are happy just to be.

I recently read a post by another ex-pat who seems to feel the same way, and he’s given me permission to reprint it here. It’s not flowery or profound; in fact, it’s quite simple—much like the rather ordinary pleasures that compel us to live in Italy.

Ted Wobber is an ex-New Yorker who has worked for Xerox, Google, Microsoft and Digital Equipment Corporation, but he and his wife recently left that behind for life in a small town in Le Marche.

Ted wrote:
“Folks often ask us why we moved to a relatively unknown part of Italy. Here’s part of the reason.

Today we woke up late having been out until 1 a.m. at a jazz guitar concert the night before. Finishing breakfast, we prepared to go out to do the shopping as we often do. It was a beautiful Saturday morning, and lots of folks were out preparing to look at this weekend's Mercato Antiquario (antique market).

We first stopped off at the open-air vegetable market, picking up some artichokes, broccoli, romanesco and cavolini (brussel sprouts) on the stalk (rare here). We then ambled over to see Emidio and sons at the bar where we usually take morning coffee. Fully caffeinated, we headed off to finish shopping at the local grocery.

Soon we ran into an American friend who visits Ascoli for a month or two a year, and we had a lovely conversation about the magnificent buildings along the main drag. Not long after, we ran into two expat friends of ours who were excited about a new type of pasta they made the night before.

After picking up some dinner for tonight, we met Franco, an engaging gentleman I met working with the Angeli del Bello—a volunteer organization that cleans up graffiti and other ugliness. He was happy to point out that my picture was in the local paper this morning from our most recent project. I’m a bit taller than most other folks in our group and so am easy to recognize.

Finally, we ran into my commercialista (accountant), who was most happy to introduce his wife, whom we had not met before. After all this, it was almost time to go home and make lunch! A typical morning in Ascoli!

So none of this is world-shaking—but I do think it is typical of a lifestyle that didn’t exist for us in the US, a lifestyle where moving slowly and meeting and talking to all sorts of people is really the essence of living.”

Posted by Paul and Lucy Spadoni at 9:21 PM No comments: