While the Covid-19 pandemic prevents me from traveling to Italy for now, it is never far from my thoughts, and Lucy and I are looking forward to returning to our Montecarlo home in the fall. In the meantime, here are some thoughts about what makes Italy and Italians special, from guest writer Jim Pantaleno. 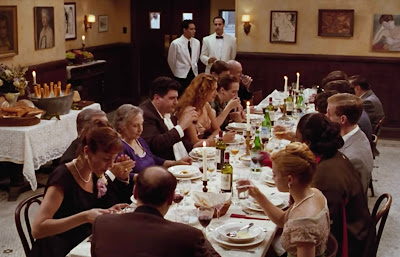 When you finally make it to Italy, it is so tempting to try to see as much as you can. And there is much to see. People rush through the cities ticking off boxes for the places of interest almost like a homework assignment. Some of the nicest moments, though, are the quiet ones where you sit in a sunny piazza or under the shade of a grapevine and just let it all soak in.

The people, no matter their social status, have such dignity. They dress carefully and carry themselves with grace. The sounds of the language, no matter what part of the country, are like music to your ear. You sit there with a coffee or glass of wine just listening. It feels in your head like some lost language you once spoke, familiar but just beyond memory.

Italians know how to enjoy life. They spend more than they should on clothes because they know something well made and properly fitting will make them look their best. Meals are occasions for joy, whether it’s a croissant and espresso for breakfast or a special dinner with wine. They walk more than we do. La passeggiata is a daily evening stroll with friends to socialize and be seen.

I miss being among them…the feeling of connection they give me to the past. We could learn much from them.

Jim Pantaleo is the author of SPALDEEN DREAMS: A Boy Comes of Age in 1950's Brooklyn, available on Amazon.

Posted by Paul and Lucy Spadoni at 3:00 PM No comments:

For fans of movies set in Italy, Rose Island—released on Netflix in December—is an entertaining choice. I suppose one could say that it’s not really based in Italy—but more on that later. Rose Island is a comedy drama based on a true story about a geeky Italian who built his own island on steel pillars 6.8 miles from the coast of Rimini. 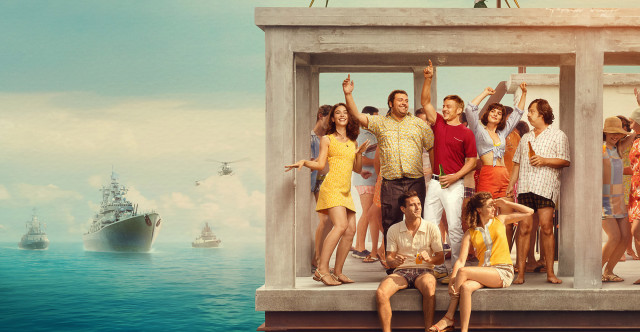 Early in the film, we are introduced to Giorgio Rosa, a creative but socially challenged engineer who built his own weird little car as a school project. It is shaped like a door wedge and uses his late grandmother’s couch as a seat. He didn’t bother to register the car, or get a license plate, or even get a driver’s license. Earlier he had built an unregistered airplane as well. When his ex-girlfriend tells Giorgio he can’t live in his own little world, it sparks his thinking. Why not build his own world, an island in international waters, where no one can tell him what to do.

He hits up his pal Maurizio, who works at his father’s shipyard and is quietly embezzling money from his father, which is convenient, because this project requires a ship and some money. They design and build some telescoping legs, float them out to sea, drop them to the bottom of the ocean, build a 400 square-meter platform, drill for fresh water, construct a bar, find a few flaky allies including a bartender and a promoter, and turn it into a tax-free party spot. They call it Rose Island, named after their “president.”

Giorgio is determined to make it more than just a nightclub, though. He wants to change the world, and Rose Island is a symbol of freedom from government controls and repression. He asks the United Nations to recognize Rose Island as a sovereign nation and begins taking applications for citizenship. All of this, however, attracts headlines and the attention of Italian government officers. They are missing out on collecting taxes, and if they ignore Rose Island, it will set a bad precedent. The Vatican has also complained that a lawless society like this will glorify immoral lifestyles.

The pressure becomes intense, and Giorgio and Maurizio must decide if all this freedom is worth the hassle. The Italian government fires Giorgio’s father from his job of 30 years. Other members of the island are enticed with offers of money and privileges, but Giorgio refuses to back down. The Italian government must decide if it should risk flouting international law to put an end to the experiment. Giorgio’s ex-girlfriend must decide between a life of ease with her current boyfriend or risk her career to follow Giorgio’s wild dream.

I don’t want to spoil the ending, but Rose Island truly did exist from 1967 to 1968--and now it doesn’t. And in a way, Giorgio did change the world. Rose Island stands as a historical footnote as the only nation to ever be attacked by the Italian republic. As a result of his attempts, the United Nations extended international waters to 12 miles offshore instead of six, rendering similar artificial island countries next to impossible.

The acting is first rate, as is the cinematography. It’s a classic underdog story that will encourage people to take risks and a stand for their beliefs, even against insurmountable odds. One could complain that not a lot happens in the movie, that the plot could have been spiced up a bit more—but that would mean straying further from the true events. And the truth is, Giorgio’s passion is inspiring and reminds us to fervently pursue our ideals and not let society crush all our creative instincts.

Posted by Paul and Lucy Spadoni at 5:43 PM No comments: