NAIF museum in Washington DC on Italian immigration worth the time 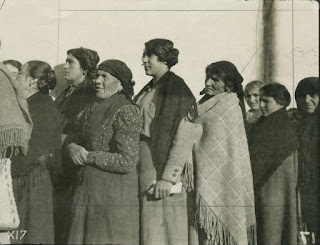 Thousands of immigrants flood the USA every day. They are desperately poor, with virtually no cash or savings, and little more than their clothing for possessions. They speak no English, and some of them never will, because they will cluster into communities with other immigrants who share their language, customs and values. Many are illiterate.

But this is no border crisis—this scenario occurred between 150 to 100 years ago, when America’s industrial revolution was in full swing: Jobs were plentiful, workers from abroad were being recruited and border checks consisted only of health screenings. Passports were not even required before 1918.

The greatest number of immigrants came from Southern Italy, and a new free museum in Washington DC has been inaugurated to tell their story. I toured the Museum on Italian Immigration today, an outreach by the National Italian American Federation located at 1860 19th Street NW.

The self-guided tour includes some 70 numbered panels arranged largely in chronological order, telling first about conditions in Italy that caused so many to leave, then about the ships that carried them across the ocean to face uncertain futures, and finally about their struggles to adapt—along with stories of great tragedy and success. 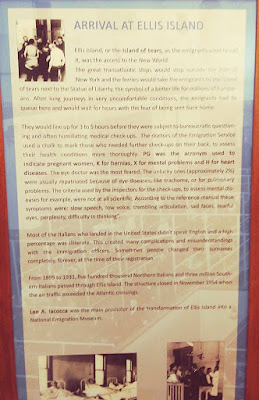 It took an hour and a half to walk through and read all the panels in the three rooms. The experience was much like reading an illustrated textbook, and it is a well-written and appropriate tribute to the sacrifices and dedication made by these proud immigrants. While it could be criticized for lack of depth in its coverage, one must remember that it is a museum, meant to be absorbed in a reasonable time and designed to whet one’s appetite for the more in-depth coverage that can only be obtained by further study through books and videos.

I might give the museum a higher rating if not for the fact that in 2011, I viewed a fantastic special exhibition in Lucca, Italy, called Along the Wake of the Propeller. It covered the same topic but in an elaborate setting that recreated the experience of traveling on a steam ship and then coming into Ellis Island and going through the lines and inspections. On a scale of five, I’d give the NAIF museum a four—definitely worth the time to see—and the Lucca exhibition a five-plus.

Posted by Paul and Lucy Spadoni at 9:35 AM No comments: