While driving through the heart of Addis Ababa, Ethiopia, Lucy and I became ensnarled in traffic, which inevitably led to the appearance of children and women begging for money outside our car windows. We resisted the temptation to respond, knowing that we would soon be flooded with other hungry hands reaching out if we gave anything. Our driver advised us to ignore them, saying there are better ways to help these poor people. Ironically, we were on our way to find out one of these better ways. 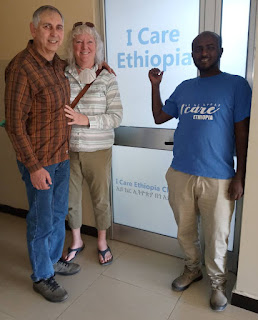 Lucy and I had met Meheratab Abate four years ago when we visited two young men that we sponsored through Compassion International. Meheratab, who for the convenience of foreigners goes also by the name Mercy, had been retained by Compassion to guide us and act as intermediary in our meetings. I later became friends with Mercy on Facebook and learned that he was starting his own ministry that spoke directly to the needs of the street beggars, especially to the young women with children. 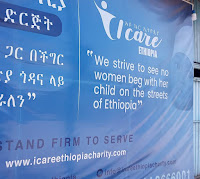 Since we are currently in Addis to visit our daughter and son-in-law, who both work for the U.S. State Department, we decided to pay Mercy a visit. He shared with us his vision and how it developed, and we also toured the daycare center he operates. We left profoundly impressed with both Mercy and the work he is doing. His life experience, education, maturity and caring heart combine to make him the perfect person to lead this outreach. 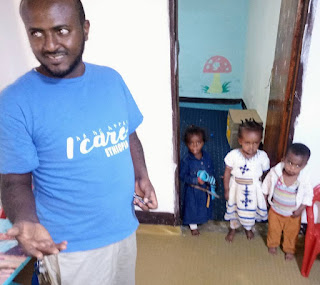 Mercy himself had been a sponsored child through Compassion, and he explained how important this experience had been in giving him hope, guidance and an education. Most children born in poverty grow up expecting nothing from life more than continued hunger, boredom and degradation. Knowing that someone cares about them and discovering that education, guidance, prayer and hard work can change their lives makes a huge difference. Hope is powerful, and Mercy now has a solid education and a growing family. For several years he operated his own business providing training for schools and institutions, and he is still available to arrange tours for foreigners. 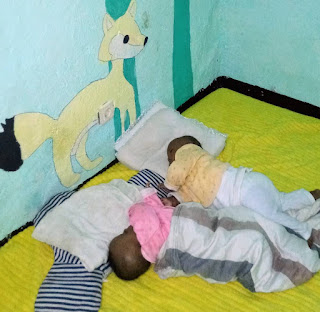 Introducing families to their Compassion-sponsored children allowed him to travel the country and see its many needs. He likely could have gone to work for Compassion full time, but he decided to take another route. He already had a bachelor’s degree in public administration, and in 2014 he went back to school to earn his master's degree in the same field. He explained to us that each day, he took the same route to school. In the morning, he would pass women with young children begging for money, and upon return some eight to 10 hours later, he would see the same women still in the streets. Curious, he decided to investigate this situation as part of his studies and find out what could be done. Gradually, the academic interest became a calling, and he soon realized that this was where he wanted to dedicate his life’s work.

Mercy discovered that most of the begging women were not lazy, but they had been abandoned by their husbands or families and could not find employers that would allow them to bring their children to work. They lacked work skills, self-esteem and hope.


In September of 2019, Mercy founded I Care Ethiopia on a shoestring budget with only his own money and a single sponsor who pledged $50 a month. Less than three years later, the center has eight employees and is helping 36 families, with plans to add another 50 in the near future. They also hope to expand to at least two other cities. To do so, they will need to develop a steadier source of income, and they plan to start their own child sponsorship program in the future.

What, exactly, does I Care Ethiopia do? Here, from their website, is a list of their services:

Lucy and I had originally planned our Ethiopia trip for last November, but the threat of a civil war caused us to cancel. We had made arrangements to be in Italy all of April, but we suddenly realized that the threat of a disturbance in Ethiopia had subsided, and we could easily make a detour. The visas we had obtained last year were still valid, and our family there urged us to come.


With little time to plan, we mentioned to members of our Gig Harbor church, Believers Fellowship, that we would be visiting a daycare center in Addis that needed supplies. The response was heartening, almost overwhelming. We had hoped to take two suitcases of books and toys but ended up receiving enough donations in just a few days to take three. Other people handed us cash, and we were able to bring more than $1,100 for the center to buy tricycles, bicycles and other supplies. 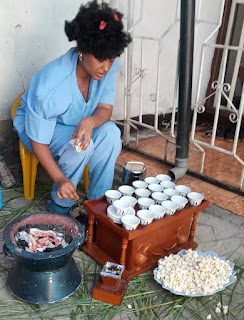 Our visit to the daycare center confirmed our faith in the validity of I Care Ethiopia, as we saw a clean, cheerful and efficient facility that provided happy children with three meals a day, along with safety, education, spiritual guidance, hope and love—while their mothers were at last free to seek and find gainful employment and restore their dignity. Yes, there are still many hungry beggars in the city, but it’s encouraging to know that there are people like Mercy able to promise them a future that goes beyond a single handout. 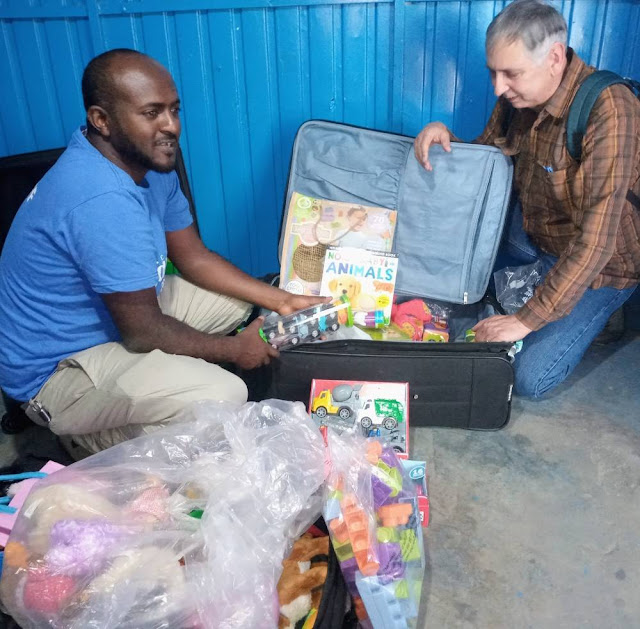 Posted by Paul and Lucy Spadoni at 4:35 AM